A unique collection of kimberlite and upper mantle rocks

The University of Cape Town (UCT) houses a unique collection of mantle and deep crustal materials (including mantle xenoliths, xenocrysts, megacrysts, as well as kimberlites and related rocks), that is most likely the largest of its kind in the world. The collection was assembled over the past 50 years and represents an invaluable and irreplaceable resource for mantle research. Informally known as the “Mantle Room” collection, it is maintained under the auspices of the Department of Geological Sciences.

The Mantle Room colhttp://messengersfromthemantle.pixelproject.com/assets/lection consists of over 14,000 specimens, weighing in at approximately 20 tonnes. The collection is housed on the main campus, next door to the Department of Geological Sciences and is used both for teaching and research by a wide range of international geoscientists.

An extensive variety of kimberlites, peridotite, eclogite, megacryst and crustal xenoliths are represented in the collection. The collection is largely composed of samples from southern African diamond mines and mine dumps that, in most cases, are no longer accessible. There is also good representation of specimens from other parts of the world (in particular Australia, Canada, Russia and Brazil). It is therefore a one-of-a-kind collection in terms of both the variety of specimens and breadth of localities represented.

The collection is in great demand for research and teaching purposes, having provided research material for numerous honours projects as well as MSc and PhD degrees. It has also proved invaluable to researchers at universities and to exploration geologists around the world, who visit the collection several times per year. Recent visitors have included researchers from Australia, Botswana, Canada, Finland, Germany, South Africa, the UK and the United States. The collection is well curated, with samples and associated information documented in an electronic database. Theses and publications resulting from investigation of Mantle Room specimens are also available for inspection.

Source of the Rocks in the Mantle Room Collection

A large proportion of the Mantle Room collection comes from the old mine dumps in and around Kimberley, South Africa. Early diamond mining efforts at Kimberley were focused on the highly altered, clay-rich surface layer of kimberlite termed “yellow ground”. As mining proceeded downward, harder, less altered kimberlite was encountered, which was termed “blue ground”. In both, boulders of more resistant mantle xenoliths brought to the surface by the kimberlite during the intrusion process became an ore dilution and crushing problem solved by simply throwing the resistant xenoliths onto a waste dump. These early mine dumps subsequently proved to be a treasure trove for mantle research, as the specimens included a variety of rock types and textures from depths as great as 200 km.

Over time, the Mantle Room Collection has become increasingly significant and scientifically valuable because modern methods of mining diamondiferous kimberlites reduce all ore material, including xenoliths, to powder through sequential reduction in the grain size during the diamond recovery process. The days of mine dumps full of piles of metre-size xenoliths is over. During the past two decades, the old mine dumps around Kimberley and elsewhere have been reprocessed using modern diamond recovery technology and only those few specimens that have been set aside for research purposes, such as those in the Mantle Room collection, remain available to scientists. 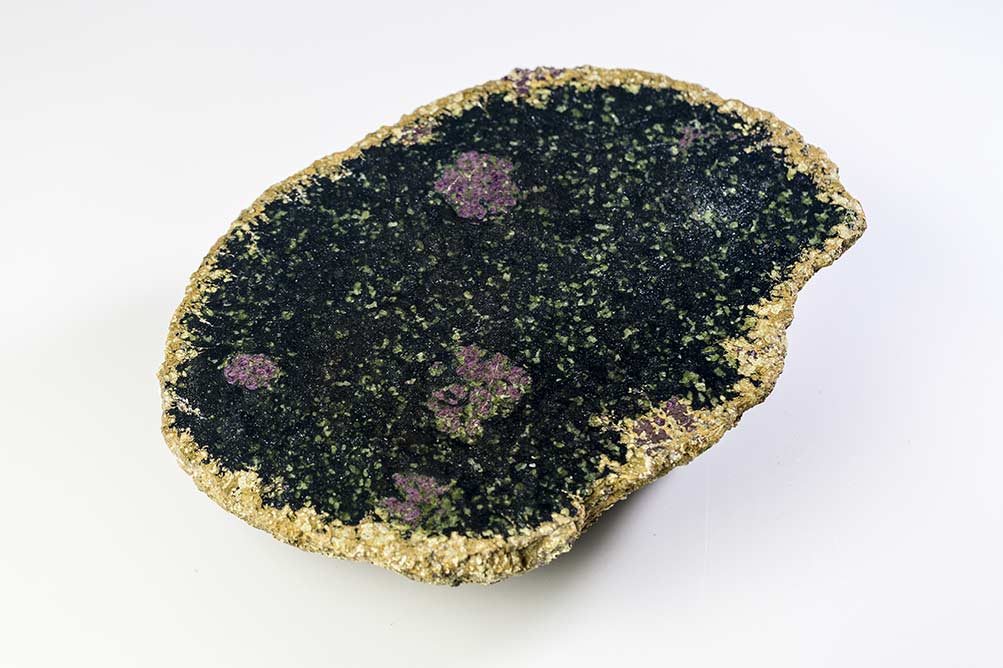 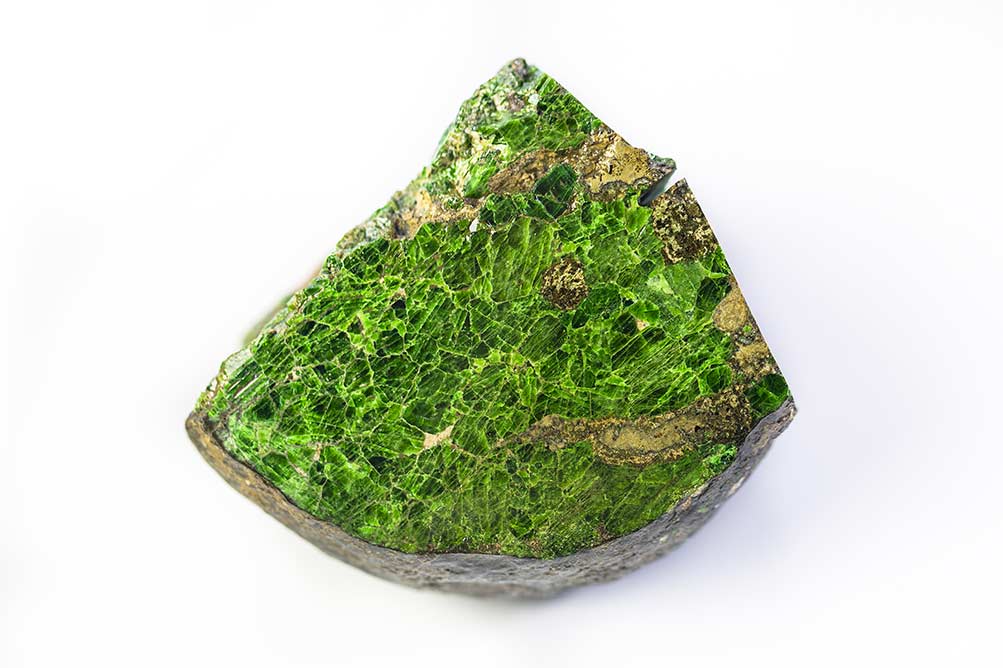 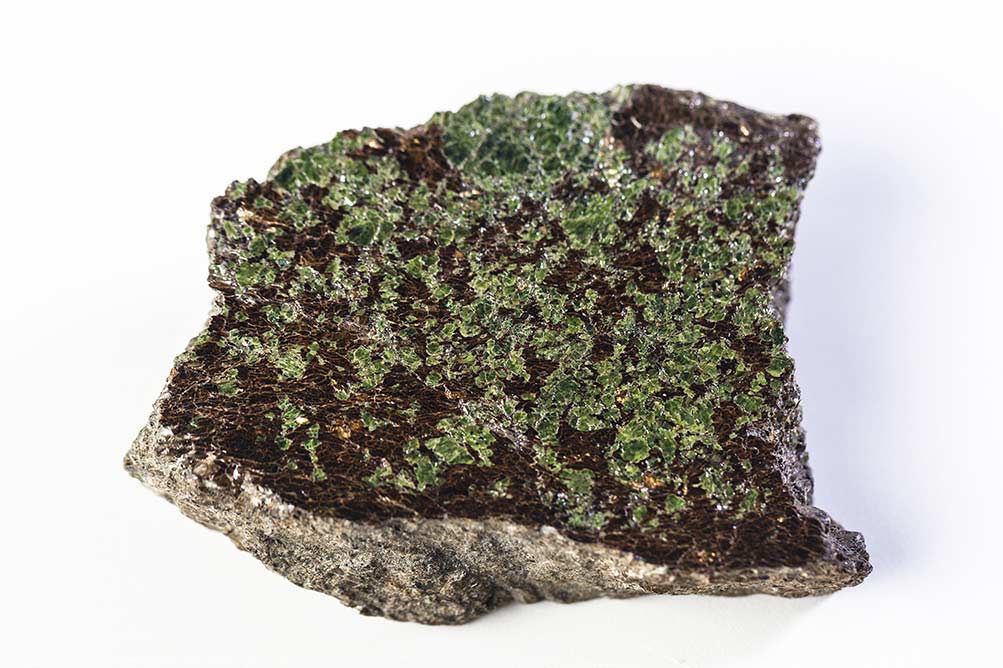 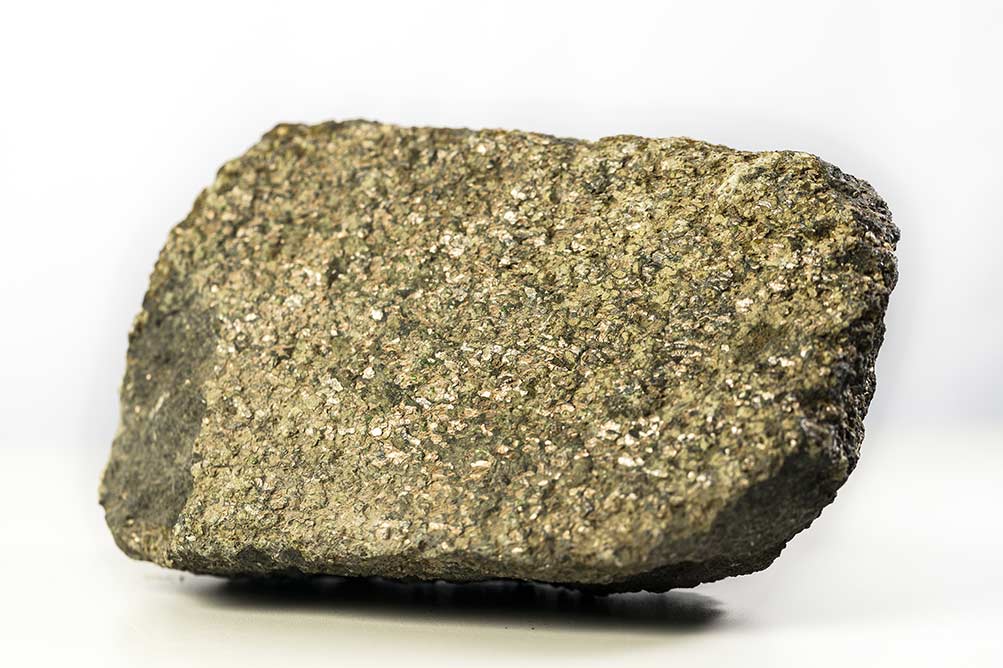 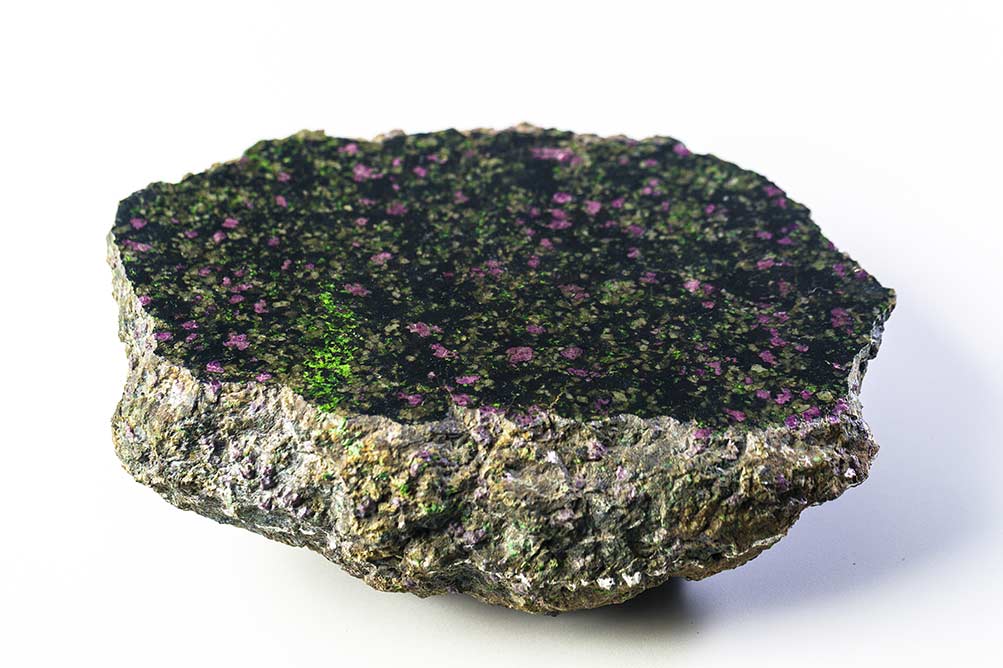 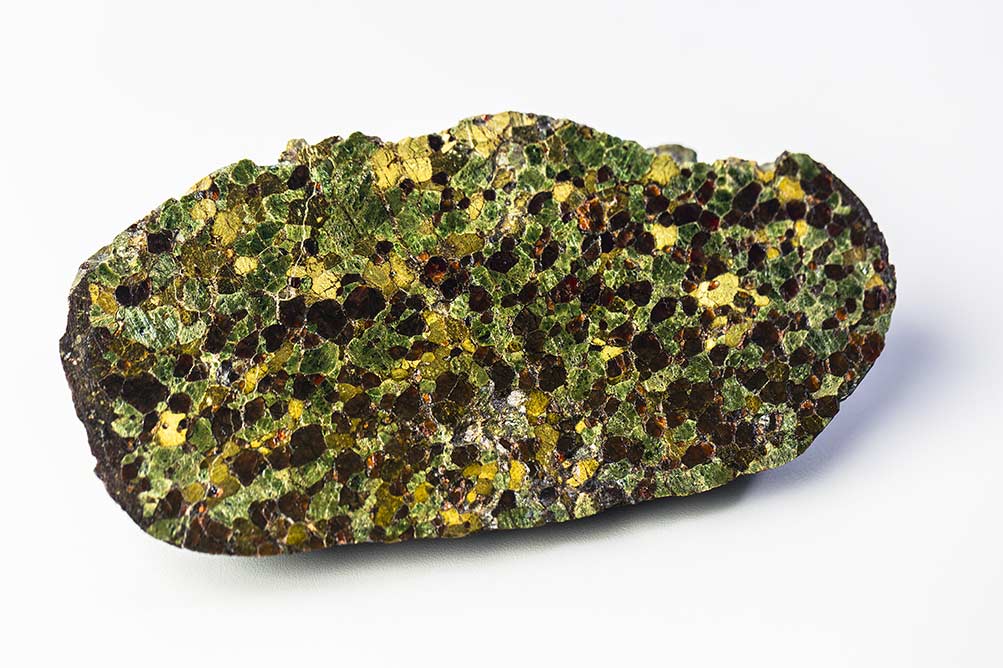 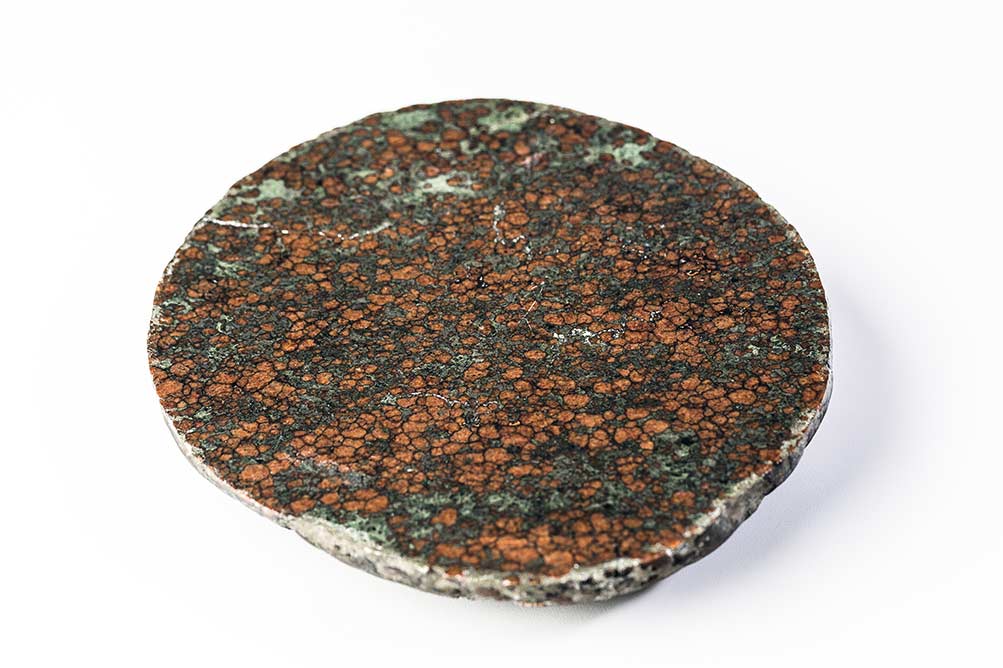 HISTORY OF THE MANTLE ROOM

The seed of the Mantle Room collection of kimberlites and kimberlite xenoliths was assembled by Alpheus Williams for his seminal book “The Genesis of the Diamond”, published in 1932. Williams, who was the Manager of De Beers Mines in the first half of the 20th Century, used every opportunity to collect scientifically interesting rocks. Later, his family donated a large part of his collection to the UCT Geology Department.

The collection lay substantially unstudied until the Department of Geochemistry was created at UCT in the early 1960s to accommodate the appointment of Prof. Louis Ahrens as Head of Department and Professor of Geochemistry. Ahrens identified this collection as being of exceptional research value. Scientific interest in the collection was augmented by Profs. Morna Mathias and Arch Reid in the Department of Geology, who encouraged postgraduate studies on these upper mantle rocks. It rapidly became apparent that the nascent UCT upper mantle rock collection provided rare research specimens that were in demand, leading to postdoctoral research opportunities overseas for former students Tony Erlank and John Gurney at the Geophysical Lab of the Carnegie Institution of Washington and the Smithsonian Institution, respectively, both in Washington DC, USA. Out of the contacts and collaborations made largely through these research visits, it became clear that there was a significant international research community interested in mantle-derived rocks, minerals and magmas.

This widespread interest led to the convening of the First International Kimberlite Conference (IKC) at UCT in 1973, which was heralded as a major breakthrough in symbiotic cooperation between academia and industry. Since then, IKCs have been held approximately every 4-5 years with conferences held in Santa Fe, New Mexico, USA (1977); Clermond-Ferrand, France (1982); Perth, Western Australia (1986); Araxa, Brazil (1991); Novosibirsk, Russia (1995), Cape Town, South Africa (1998); Victoria, Canada (2003); Frankfurt, Germany (2008); and Bangalore, India (2012). The 11th International Kimberlite Conference is to be held for the first time in Gaborone, Botswana in 2017. This coincides with the 50-year anniversary of the discovery of economic diamond deposits in Botswana.